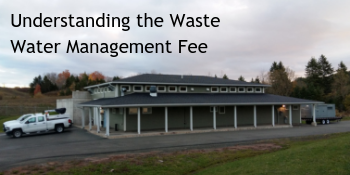 There has been much discussion in the community recently about the increase in water rates for customers of the East Hants Water Utility. In response, the Municipality wants to provide customers with information as to why the rates have increased and what is being done to offset this impact on customers.

In 2017, the East Hants Water Utility (EHWU) completed a Water Rate Review and made application for new water rates through the Nova Scotia Utility Review Board (NSUARB). As a result, new water rates were approved for three years effective July 1, 2017. The Utility undertook a significant communication effort in 2017 to help people understand the need for new rates and the impact they would have; the Nova Scotia Utility Review Board held a public hearing and opportunity for residents to have input into the process was communicated. All background information, rate review submissions and the final order of the NSUARB can be found on our 2017 Water Rate Review page.

Why did the Utility request new rates in 2017?

The EHWU does not generate a profit and does not have private shareholders; it is managed by municipal Council. Costs are driven by expanding regulations, aging infrastructure as well as increased operations and maintenance costs.

Due to rising supplier costs, new treatment methods, and regulatory requirements, from 2010 to 2015, the largest operating costs had increased by 24% for chemicals and 26% for power. Amortization of infrastructure also increased by 39% in the same period. Salaries of the Utility staff (four full-time staff, one part-time meter reader and allocations of municipal staff resources for billing, collections and administration) had decreased by 7% over the same period.

It is important to note that the cost to provide water service varies from utility to utility, primarily as a result of infrastructure costs (debt and depreciation is higher on newer assets) as well as the cost to treat the water (the need for chemicals varies depending on the source of the raw water being treated).

The EHWU does not just sell water, it delivers the service of water and, therefore, also try to encourage conservation and water protection. It is a struggle felt by many water utilities as it’s difficult to encourage conservation when conservation results in higher rates. Consumption from 2010 to 2015 decreased by 12% whereas the number of customers in the Utility had grown by 4.6% to 2,695. For the bulk of our customers (5/8” water meters), the 2010 Rate Review assumed 40,000 gallons of water for the average customer (per quarter). The actual usage for this customer group was an average of 33,000 per quarter, resulting in significantly less revenue than anticipated. The 2017 Rate review used the 33,000 gallons as an average consumption, resulting in a higher cost per gallon in order to recover expenses.

Many factors have influenced water rates in East Hants over the past few years.

The Wastewater Management Fee, although charged through the water bill, is a user fee that is passed on to the Municipality to cover the cost of providing sewer service to properties from Enfield to Shubenacadie. As this fee increases over the years, the corresponding tax rate for sewer service decreases. The tax rate has decreased by 70% since 2010.

Ultimately, the goal of the Municipality is to manage a water utility that provides safe, healthy drinking water for our customers, operates efficiently, and meets the current and future needs of our community.