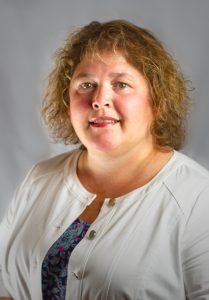 September 20, 2019 – East Hants Council is pleased to announce that, as of September 1, 2019, Kim Ramsay has officially taken over the duties of Chief Administrative Officer (CAO) for the Municipality of East Hants.

Ms. Ramsay has worked for the Municipality of East Hants for 19 years. She started her career with the municipality as Manager of Finance in 2000 and moved to the Director of Finance role in 2010. Most recently, Kim assumed the duties of Deputy Chief Administrative Officer and worked closely with the recently retired CAO, Connie Nolan.

“Kim brings a strong financial and management skill set to municipal operations,” says Jim Smith, warden of the Municipality of East Hants. “Council is looking forward to working closely with Kim and the staff of the municipality to continue to implement Council’s Strategic Plan and ultimate vision for our community.”

As previously announced, Kate Friars has assumed the duties of Deputy Chief Administrative Officer. Kate has worked in municipal parks and recreation for more than 38 years having previously worked with the cities of Burnaby and Victoria in British Columbia. Since assuming the director role in East Hants, Kate has led the planning and construction of the East Hants Aquatic Centre, increased investment in trails and parks, and improved direct recreation programming in East Hants.

“Kim and Kate will continue the great work that is underway in the municipality,” says Warden Smith.

After 33 years with the Municipality of East Hants, Connie Nolan retired on August 31, 2019.

“For 33 years Connie Nolan has been a strategist and trusted advisor to Council and past CAOs,” says Warden Smith. “Council would like to sincerely thank Connie for her many years of service with the municipality and we wish her well in her retirement.”