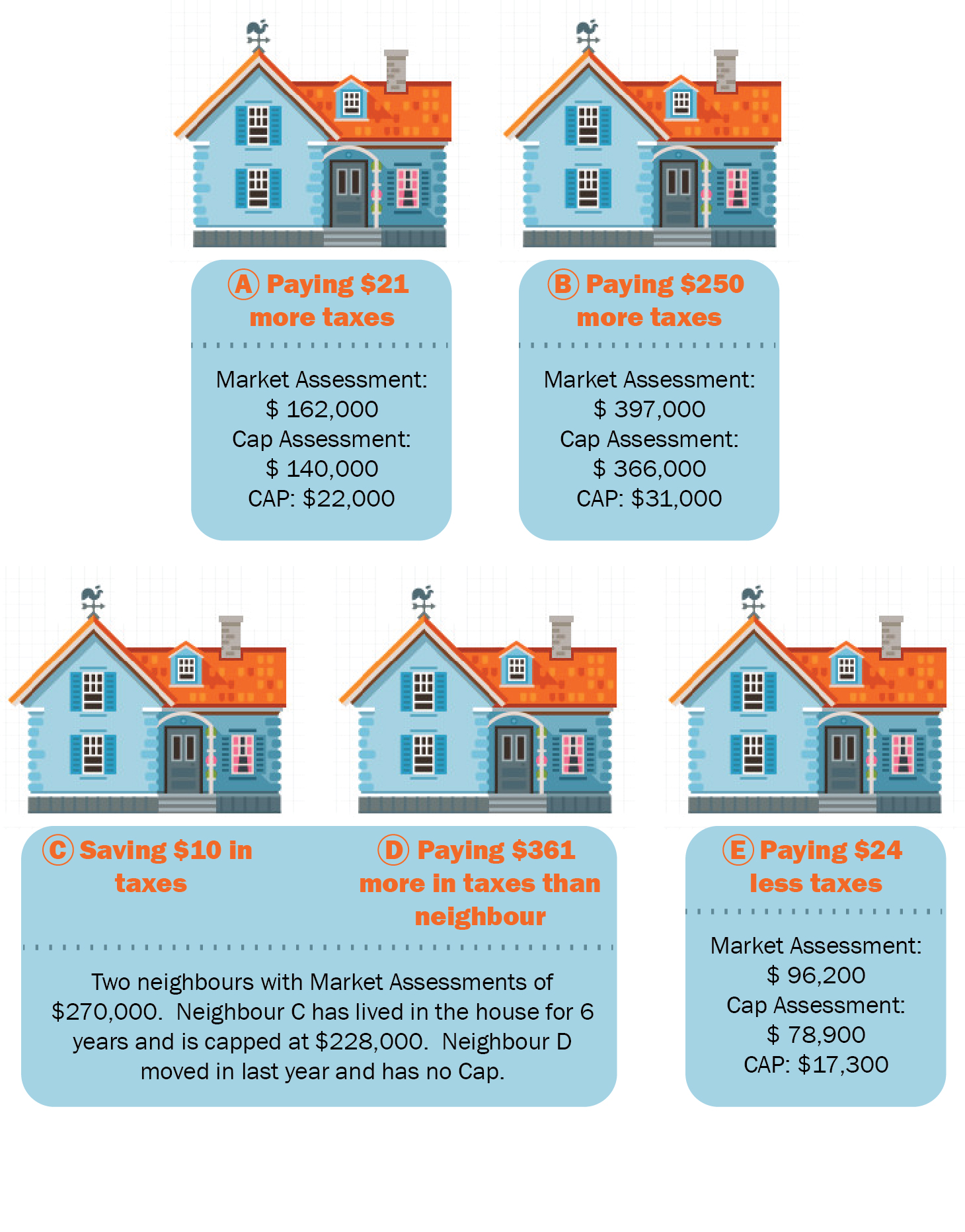 If you think you are paying less property tax because your property assessment is capped, you are not alone.

The reality is, depending on your market/CAP assessment difference, when you purchased your property or if you built your home in recent years, you may in fact be paying more property taxes than if this provincial program did not exist.  And, in fact, some people in East Hants are paying more under the Provincial Property CAP Program.

In East Hants, with a few exceptions, property taxes are calculated by multiplying your taxable property assessment by the municipal tax rate.  By 2014, in East Hants, the CAP Program resulted in a taxable assessed value of residential/resource properties that is $245 million less than the market assessed value.

Municipal services cost the same whether or not assessments are capped.  With $245 million less assessment to tax, the tax rate has to be higher.  In 2014 the residential tax rate was 87¢ per $100 of assessment instead of the 74¢ it would be if everyone paid taxes based on their market assessment.

There are several fairness issues unfolding, as seen below. The longer the CAP program stays in place the worse it gets.  Neighbours A and B are both in the CAP Program, both believe they pay less tax because of that, however both are paying more tax than they would otherwise if the CAP Program was removed.  Neighbours C and D live in the same house, built by the same developer at the same time.  Both houses have a market value of $270,000.  Neighbour D moved to the neighbourhood last year.  There are some “winners” under the program, Neighbour E is an example of a property owner paying less tax under the program.

Based on a review of the program in 2011, the provincial government continues to support the CAP Program. East Hants played a primary role in assisting the Union of Nova Scotia Municipalities (UNSM) with lobbying to improve the fairness of the program. The UNSM position and the complete Provincial report are online.

This is not a problem unique to East Hants. As each year passes, the program negatively affects more and more homeowners. Other than moving away from an assessment based tax system, there is little East Hants Municipal Council can do to minimize the effect this program is having on different property owners in the community.