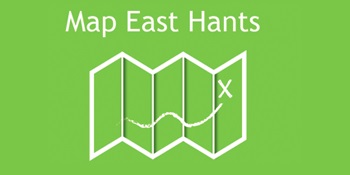 Distance matters in a development’s success

Recently Alexander Martonik of ESRI wrote a post for The Business Journals on How 5 miles makes a difference in a development’s success.  In this post he illustrated how spatial analytics can be used in determining development location success.

Alexander noted that in San Diego, over the past five years, major retailers had moved out of a downtown mall to a new outdoor shopping centre.  This new location was only an eight minute drive away from the previous one. 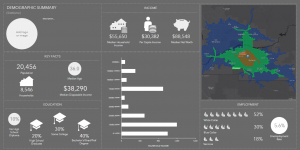 Using ESRI spatial analytics tools, similar to the tools used by East Hants, Alexander was able to compare the two site locations to determine the differences in the local population.  He noted that:

“Although the two populations were near each other, the second site had a 10 percent greater retail expenditures per household per year.”

In addition the socio-demographic Tapestry Segments between the two locations had significant differences. He explained:

“Tapestry Segments are Personas that combine socioeconomic indicators to generate a better understanding of the types of behaviour individuals in an area engage in.”

Specifically, the downtown mall was surrounded by a large population of two segments with lower in-store and online retail spending due to lifestyle. However, the second site, where the outdoor shopping centre was located, had a much higher population of two other segments,which have an increased disposition towards retail shopping.

“By looking at the size and behavior of the audience, we found that the market potential for the second site was over $60 million greater annually than the downtown location, more than enough to justify the move.”

Interestingly, they didn’t stop their analysis with this conclusion. They returned to the downtown location and again using spatial analytics considered the types of businesses that would do well in that area.

“We found that the area was densely populated with young professionals. While they don’t spend money on high-end clothing, they still need basic necessities like toiletries, prescriptions, clothing. In fact, we found there was a significant need for more affordable retail options and services such as salons, barbers, tailoring, dry cleaning, and food/beverages.”

When considering development locations and commercial properties for sale in Toronto, Montreal, Halifax or the Elmsdale Business Park, using spatial analytics can provide developers and real estate agents with insight into site locations based on site attributes, population and consumer behaviours.

To find out how East Hants can use spatial analytics to help you determine your next commercial development location in the Municipality contact us at 902-883-4355 or business@easthants.ca

Department of Economic and Business Development